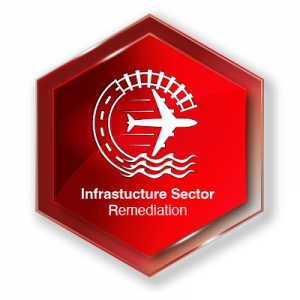 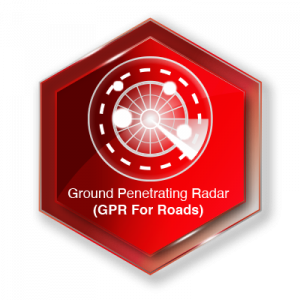 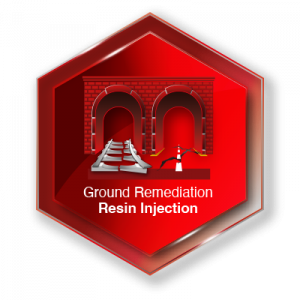 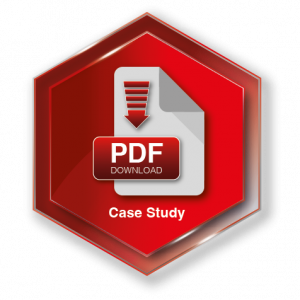 both pre & during remediation

The A483 is a concrete slab highway located in North Wales. Restek were commissioned to carry out a GPR survey along a stretch of the A483 starting at Junction 6, where it was believed that a significant number of voids beneath the concrete slab carriageway were causing issues. Restek carried out a Deep Depth GPR (Ground Penetrating Radar) survey along the A483.  Resteks GPR surveys penetrate deep underground by using a wide band performance of up to1400MHz combined with blended multi-frequency antenna to eliminate blind spots.

The survey included both southbound / northbound carriageways, running ten parallel scans of each slab, to cover the full width of the carriageway. The objective of the GPR investigation was to use non-intrusive site investigation techniques to look at the subgrade deep below the slabs, to establish the extent of the areas requiring remediation and reduce the risk of further settlement if only the voids were addressed. The site investigation had successfully located the presence of voids directly beneath the slabs. Restek’s deep depth GPR survey confirmed anomalies at depth within the subgrade that can be attributed to the loss of fines, resulting in an ongoing reduction in bearing capacity. The GPR survey identified the most significant anomalies were located directly beneath the joints of the slabs, consistently to a depth of 3.9 meters below ground level (BGL).

The faults recorded in Restek’s deep depth GPR survey also  identified poor subgrade conditions beneath the concrete carriageway, associated with loss of fines through washout caused by the slab joint failure. These deteriorating ground conditions are exacerbated when we factor in the continued cyclic loading and vibration on such a busy carriageway. If left un-remediated, the issues would reduce the bearing capacity of the subgrade and in many cases cause further incipient voids to form, both below the concrete slab as well as at depth which would in turn begin to break out.

The aim of the GPR survey was to provide the scope for remedial action, to either stabilise through specialised chemical grouting or renewal by removing the slabs and compacting the subgrade to increase its bearing strength, before recasting using a traditional on-site cast concrete pour.

The GPR radargrams taken over two channels, both Northbound and Southbound of the A483, share very similar recurring anomalies. Specifically, these anomalies derive from the failed joints within the carriageway’s concrete slabs. Post analysis of Restek’s  survey and regular engagement with the client identified that specialist chemical grouting was the most suitable and efficient solution.

Restek value engineer chemical grouting programs that include permeation, coagulation and void grouting. Restek’s deep depth GPR validation of the injection process was used throughout the A483 project as ground condition changes were monitored both during and post remediation. The technology we use for our ground remediation projects is utilised to help mitigate the risk of heave or differential settlement.

Restek’s remediation injection plan targeted the known incipient voids that were likely to break out at depth, in the weaker subgrade. These areas of poor subgrade were stabilised prior to grouting voids directly beneath the slab to omit the risk of hinging. A standard grid formation of injections was designed to allow the quantified structural Geo Polymer grout to be delivered directly beneath the carriageway.

• The carriageway was constructed from original concrete slabs

• Restek’s GPR, compaction, void and permeation grouting services were used to remediate the slabs & ground beneath the highway

• GPR data showed a range of depths of injections were required, with many being much deeper than originally anticipated

• An individual injection grid pattern was produced, to ensure each slab was successfully remediated according to the GPR results

• We used our deep depth GPR system to verify the success of the remediation work, we then communicated the results to the client

• The project was completed on budget, as scheduled and the client was very happy with all aspects of the work carried out 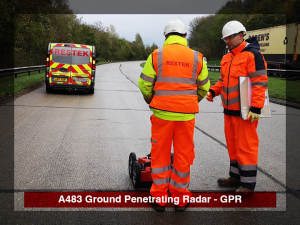 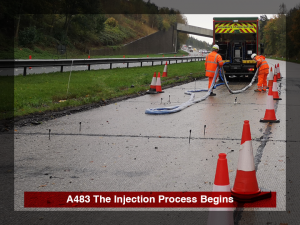 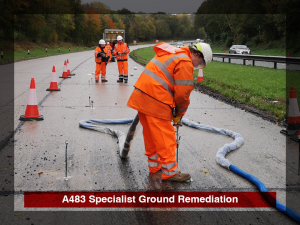 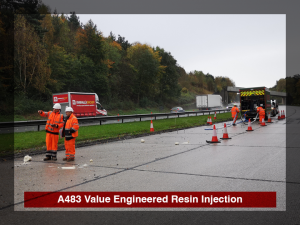 The A483 project was delivered on time, all materials were quantified, the remediation procedure was validated for every slab and as a result of the successful remediation, the A483 now has an extended life cycle of 30 years.

© 2022-2023 - Restek UK Ltd Website design Nottinghamshire | Fifteen IT Ltd
We use cookies on our website to give you the most relevant experience by remembering your preferences and repeat visits. By clicking “Accept All”, you consent to the use of ALL the cookies. However, you may visit "Cookie Settings" to provide a controlled consent.
Cookie SettingsAccept All
Manage consent

This website uses cookies to improve your experience while you navigate through the website. Out of these, the cookies that are categorized as necessary are stored on your browser as they are essential for the working of basic functionalities of the website. We also use third-party cookies that help us analyze and understand how you use this website. These cookies will be stored in your browser only with your consent. You also have the option to opt-out of these cookies. But opting out of some of these cookies may affect your browsing experience.
Necessary Always Enabled
Necessary cookies are absolutely essential for the website to function properly. These cookies ensure basic functionalities and security features of the website, anonymously.
Functional
Functional cookies help to perform certain functionalities like sharing the content of the website on social media platforms, collect feedbacks, and other third-party features.
Performance
Performance cookies are used to understand and analyze the key performance indexes of the website which helps in delivering a better user experience for the visitors.
Analytics
Analytical cookies are used to understand how visitors interact with the website. These cookies help provide information on metrics the number of visitors, bounce rate, traffic source, etc.
Advertisement
Advertisement cookies are used to provide visitors with relevant ads and marketing campaigns. These cookies track visitors across websites and collect information to provide customized ads.
Others
Other uncategorized cookies are those that are being analyzed and have not been classified into a category as yet.
SAVE & ACCEPT